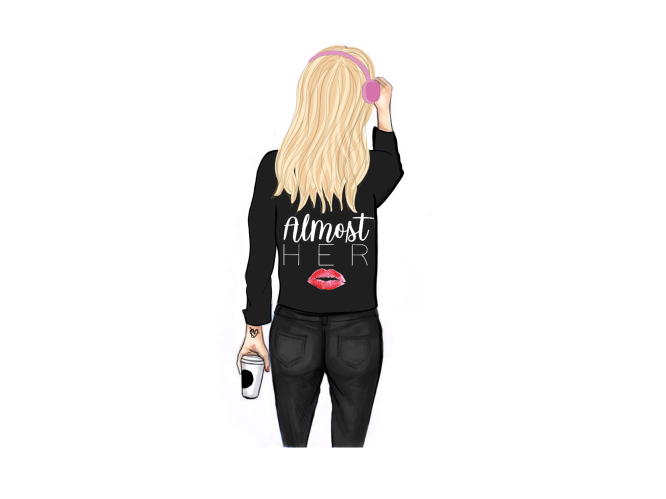 Hopelessly flawed gets a makeover

There are few moments in life that we can pinpoint an exact moment or date that would have any sort of grand significance on our lives. A day that would sculpt us to the person we were meant to become and lead us to the friends and soulmates that we surround ourselves with on a daily basis. Such a day occurred for me on August 4th, 2004 and because I got a tattoo in commemoration of sorts I felt the need to share why.

On that day over 11 years ago me and my sister stood packed alongside one another anxiously anticipating our beloved band, Hanson, to arrive on stage and move us. What we didn’t expect was the opening band, who we hadn’t heard of before, called Ingram Hill, would blow our little teenaged minds. We still talk about the moment where when the band started playing their song “Almost Perfect” we both turned to face each other at the EXACT second with wide eyes and jaws dropped. It really was love at first sight. That and our weird sister telepathy. It was with that look and that instant we knew we would be hooked for life.

Within the next few months of that show we heard their song, “Will I Ever Make It Home” on the radio for the first time. Shout out to my mother for not crashing the car after our initial excited gasps and yelps that followed and lasted throughout the song. Props mom, props.

After we finally got the CD, which was the ultimate Christmas present, we played it almost everyday. Even now just hearing one song off of that CD brings me back to my final High School days where I thought I knew everything and life was simple. I really was so young and naive personified.

As the CD became my High School/college anthem I was led to discover what a street team was and made it my life mission to go to as many concerts that my babysitting paychecks would allow. The summer between High School and College was my GO time and boy did I meet some pretty great people.

My first friend that I attribute Ingram Hill to meeting and growing close with is my friend Kellie. We had a Creative Writing class together and hadn’t spoken too much prior. One of the days in class we all had to pass our stories around to get support and critique from our fellow classmates. In her story there was a girl listening to Ingram Hill…I handed that paper back to her full of little hearts ❤ and an arrow pointing to that section and told her, “I LOVE THAT BAND!” It was the beginning of a long and beautiful friendship.

My second Ingram Hill encounter happened one of the first weeks of college. I was away from family and friends and in such a new place. I initially approached the shower stall area with great caution. Only a little sheet that someone could whip open at any time? Eessh. It wasn’t until I realized there was a communal CD player in the bathroom before I was okay with it. I waited until the bathrooms were empty before I carried my Ingram Hill CD along with my shower caddy and new pink robe. I placed the CD in, turned up the volume a little as to not disturb too many people on my floor, and relaxed a bit as I heard the familiar sound that brought me back to myself. Finally something familiar in my unfamiliar world. Halfway through my shower I heard footsteps outside of the stall before the music lowered. Who the heck turned down my music? Before I could say anything a shadow cast over that lone little shower curtain of mine.

“Oh my God. This is Ingram Hill!! Did you play them?” asked the stranger.

By this time I clutched my washcloth and held it up as though it could magically be a towel.

“Me too!” I smiled and yelled over the running water, “They are my favorite!”

“Okay! Just had to tell you that!”

With that she walked away, but not before cranking up the volume so the whole floor could hear the angry lyrics to “On My Way.” College wasn’t going to be so bad afterall.

I still have NO idea who that girl was but that awkward moment surprisingly gave me comfort. Later that week I missed orientation for a class to see them play a show in Green Bay.

I really found my love of concerts with this band, which is still a favorite hobby of mine. That’s when I discovered that it was about more than just the music for me.

The frozen second in time right before a band hits the stage is my favorite concert moment. The lights dim, the crowds buzzing becomes banshee yelps, and hearts choke in anticipation as the familiar shadows emerge. The lights reappear and for the next hour your heart belongs to the band. So many times in my life I’ve felt directionless and felt so unsure of myself. Not at a concert. At concerts I feel like every moment in my life, whether it be good or bad, led me to be here in this spot. I have a purpose. I am exactly where I’m supposed to be and it gives me so much comfort knowing that. I could be in a brand new city surrounded by people I don’t know and it still feels like the closest thing to home.

Since August 2004 I’ve seen Ingram Hill 32 times…which is number that pales in comparison to some…and I’m counting two of those times as halves….Me and my friends Marissa and Courtney drove all the way to Indiana and ended up missing the show time but I still feel like that should count for something. haha AND I missed another show with my friend Nikki when they played at Lake Geneva. Those put together equal a full show.  I’ve seen them play in Wisconsin, Illinois, Iowa, Indiana, Michigan (almost died), Ohio, Missouri, and South Carolina and hope to one day add TN and TX to that list…#KelleyandKathy.

The first time that I ever traveled out of the state without family was for their concert in Chicago when this really awesome fellow Street Teamer named Kelley let me bunk with her. From that day forward she’s been known as my big sis and has gotten me through so much of my life’s ups and downs. I met Kathy, who lived in all the way in Texas, through their street team site and she quickly also became one of my best friends that I still talk to almost every other day. Meghan, from Ohio, was like my relative I never knew I had. We have SO much in common but live so far away. This little band helped me meet so many amazing people I wouldn’t have known otherwise. And those people introduced me to more amazing people and more amazing bands! (Like Copperview, the other love of my life. Blog on Drummer here.)

Actually, chances are if you are friends with me and reading this you have Ingram Hill to thank our relationship for indirectly or directly. Kellie became my friend because of Ingram Hill. She also helped me get this little job at PDQ where I met my other bff Nikki and my future husband Dan and from there that train grows and grows. Over half of my bridal party was my Ingram Hill ladies. My soul sisters. I wouldn’t be nearly the same person I was or where I’m at today without them. Little did I know that the concert in 2004 would really change my life. And I’d say for the better. 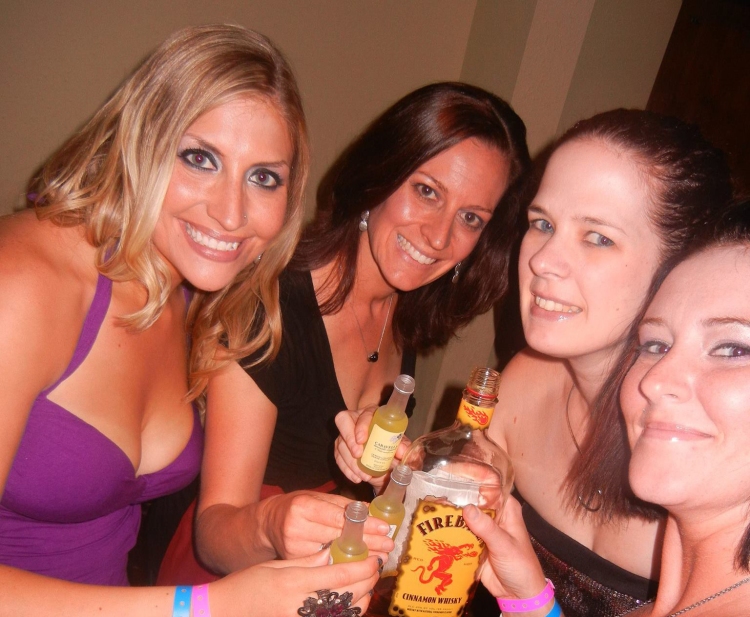 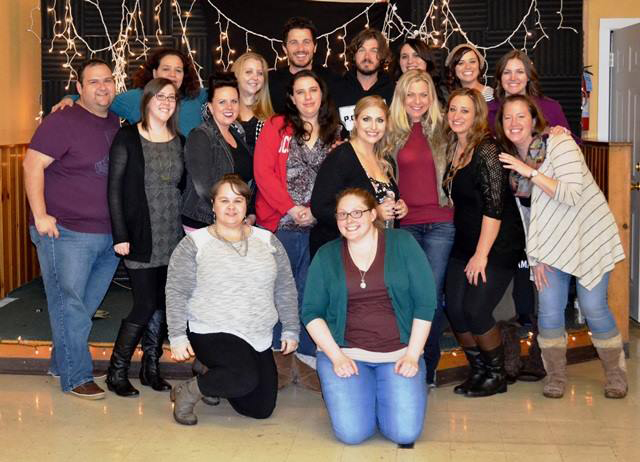 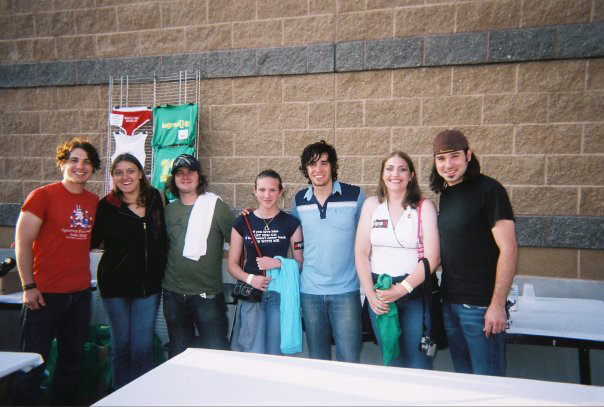 I mean, even the name of this little blog of mine was thought of after thinking of my favorite things! Besides the fact that I was trying to be clever and spell something with my initials ALM…ALMost…haha! My favorite song and the one that brought me so much good was “Almost Perfect”…and along with that the quotes from “Almost Famous” which were plastered around my dorm room walls and above my computer. It just felt right.

I recently saw them play surrounded by others who love the band at a little private show and it was amazing. If you would’ve told my 17 year old self that this is where I’d be at 28…she’d be pretty darn happy about it. Kellie and I went to together had a moment in the middle of the show where we looked at each other and decided we needed a tattoo…”crazy life fueled by crazy dreams”…which is one of my favorite IH lyrics. It’s funny how one little lyric can inspire so many good memories and that’s what this does for me. It’s not just about the music, although I love the music wholeheartedly. It’s about the people you meet, the feeling you get, and really the full happiness it brings. All my best stories usually start from being at concert and I even had to shorten this post as I could write about it forever. Music saved me from a life that would have otherwise not been nearly as fulfilling. I never knew how much one band could end up meaning to me until I had enough time to look back. 11 good years. So to that little band that ended up meaning the world to me: Thank you. You’ve gotten me through so many things in my life and I feel like I could never repay you for the good friends, times, and years.

P.s. I would have more pictures to share but there are all on hard discs or CD’s back from a world where I had to print off directions to get to each of their shows instead of using my phone for everything. haha

If you liked this blog post please also check out:

We Built This City 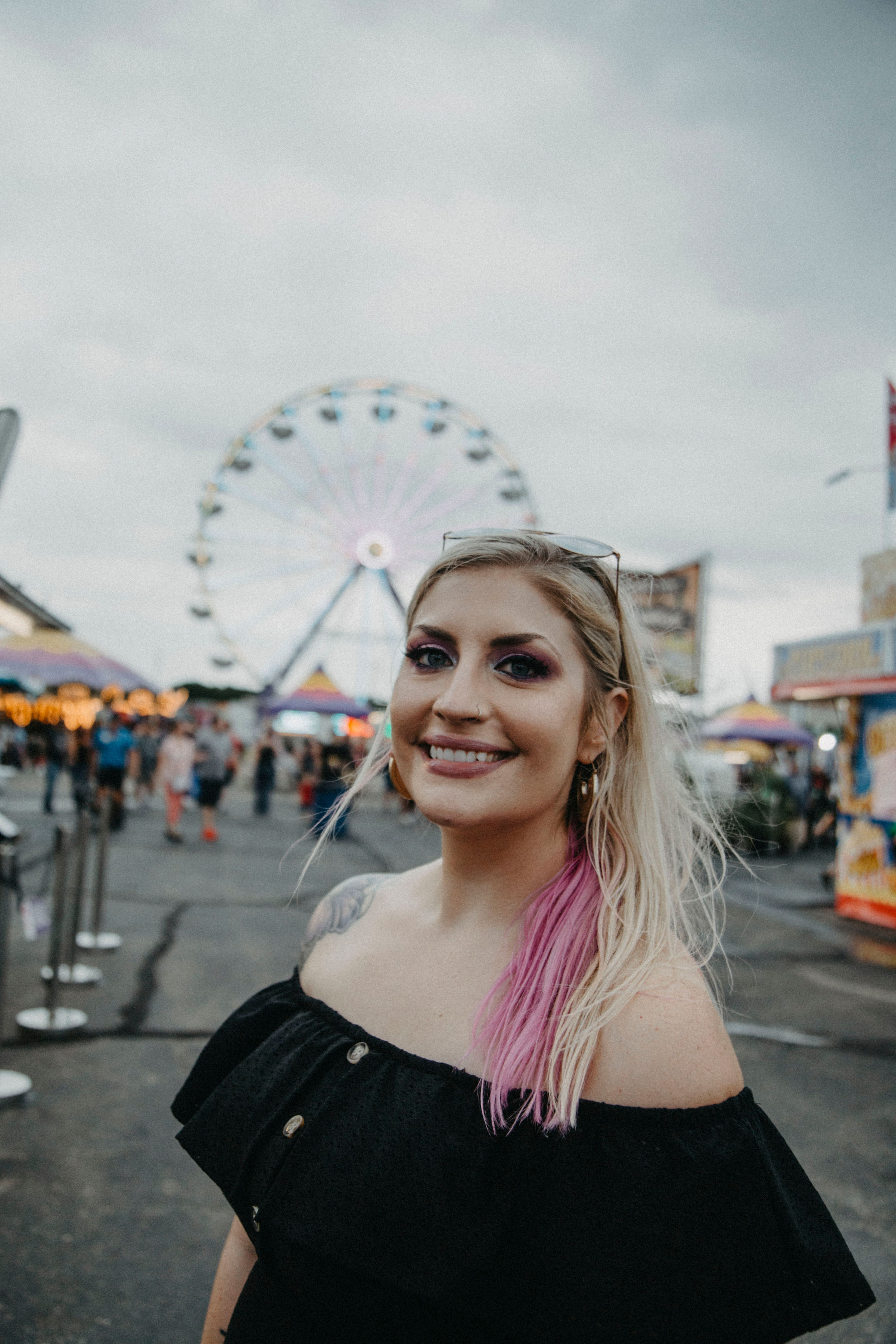 There is this picture I have of the ideal woman floating around in my head. She’s perfection and she knows it.

She is everything I want to be. She is smart, funny, a good homemaker, and can rock any lipstick color she wants. Plus she is just so damn happy. I want to be her. Problem is I’m hopelessly flawed…or actually, as I like to say, HopeFULLY flawed. There is always hope.

Here I’ll write about my numerous (and humorous) shortcomings, my (mostly happy) thoughts and ideas, and my failures and successes. Here I will strive for perfection and always fall short. Here is where I will try to become Almost “Her.”